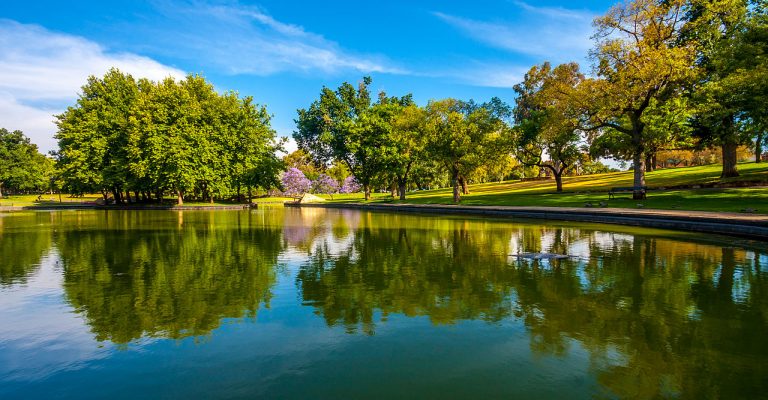 My answers to the APPA Central Ward Candidate Survey and relevant policy initiatives.

I advocate the City of Adelaide and SA Government, through the Department of Environment and Water (DEW) develop and implement a dynamic “Adelaide Park Lands 2050” plan – a 30-year plan for the enhanced landscaping and place-making of currently degraded and under- maintained areas. An exemplar of what resource appropriate landscape design excellence can achieve in our Park Lands is to be found at Pityarilla/Park 19. Many other areas of our Park Lands leave much to be desired.

Adelaide’s Park Lands must become an even more valued and beloved environmental and community asset, contributing to city-state pride. Community groups and school groups, including parents and grand- parents, would be encouraged to ‘adopt a Park’ and play their part in the evolution of a cultural landscape. The management of weeds and feral animals must become an even greater priority.

I propose that we establish an Adelaide Park Lands Trust – attracting private and corporate philanthropy – as well as the the contributions of adjoining local government areas to play a part in the resourcing of landscape enhancement programs, always on the basis that full public ownership is maintained.

Trusted and respected elders – both First Nations and other citizen experts would steward this public gifting program to target blighted areas of our Park Lands to crate an enhanced legacy for posterity.

Against a criteria of public interest and design excellence, I would only consider the replacement or enhancement of existing permanent built form for open public access or community not-for-profit cultural and recreational purposes. Where existing sites have been abandoned or poorly maintained by their lessees, I would consider their simpatico repurposing, with leases to be managed by the City of Adelaide.

For temporary or ephemeral cultural purposes (arts, entertainment, sporting, recreation) I support the temporary hire of sites designated as suitable for purpose within the Adelaide Park Lands – eg, during festivals, special events – both community and for-profit, where ‘venue hire’ fees are to be paid, and reasonable site rehabilitation expenses are to be recouped.

What kind of new buildings would you support within the Park Lands?
(e.g.clubrooms. kiosk, swimming pool etc)

Our Park Lands are a gift from generation to generation, taken from First Nations Australian at the time of settlement – they are intended to be enjoyed and to be cherished by future generations.

They are not a green-fields ‘land bank’ to be exploited for private gain.
The Adelaide Park Lands are home to many man-made structures – from bridges to public toilets, from sporting club change-rooms, to the Torrens Weir, from restaurants and kiosks to a works depot. The entire Torrens Boating lake is a man-made structure originally designed to foster water sports such as rowing, boat racing and water skiing. And the Institutional zone is home to the old Adelaide Gaol and Police Barracks, North Adelaide Golf Club, National Wine Centre, the Adelaide Botanic Garden, the beautiful Botanic Park, the Adelaide Zoo, the West Terrace Cemetery, bituminised netball and tennis courts, Adelaide High School and the new Botanic High School. The Park Lands institutional precinct is home to two public universities, our major North Terrace Collecting institutions, The Torrens Parade Ground, Adelaide Railway Station, Adelaide Festival Centre, Adelaide Convention Centre, Adelaide Oval, Memorial Drive Tennis Centre, Next Generation, a major international hotel, Adelaide Casino and the Riverside Building, SAHMRI, and the Royal Adelaide Hospital. It will soon be home to the new Women’s and Children’s Hospital. We have croquet and lawn bowls clubs, touch football, soccer and hockey greens. And more.

No-one can say that the Park Lands are dead lands There are many lease- holders and existing small-scale commercial operators who occupy our Park Lands, under the management of the City of Adelaide.

NB – the land upon which Parliament House and Government House are located are exempt from the Adelaide Park Lands Act.

Just because the ‘horse has well and truly bolted’ does not give carte- blanche for future council administrations or governments to allow the endless encroachment of new buildings on designated Park Land.

Over the generations, public uses and amenities rise and fall from popular favour. These sites must either be re-purposed for new community amenity or removed, so that the area can be returned to open cultivated landscape.

What kind of new private commercial developments would you support in the Park Lands, if at all?
(e.g. hotel, gymnasium, office building, residential, retail, innovation hub?)

None – private commercial developments belong where Torrens Title can be granted i.e. – within the four Terraces and North Adelaide – not on our Park Lands.

Do you support removing the Adelaide Park Lands from Council’s unsolicited bids process?

Yes I do – The Adelaide Park Lands are not a land bank for future development. The encroachment of commercial development on our Park Lands undermines the market value that is the CBD land economy and therefore reduces the value of commercial land assets ‘inside the Terraces’. Offices, hotels and residential developments belong inside the Terraces. By all means, private capital can and does profit from the overlook vistas – but from inside the city and North Adelaide’s terraces. This is the certainty that both community and private property developers need – and deserve.

Do you support World Heritage listing of the Adelaide Park Lands?

Yes – absolutely. But significant areas of The Adelaide Park Lands, in their current state, would not pass muster, let alone be somewhere that should fill us with pride.

I note the below contained within the Act:

(1) The following principles are relevant to the operation of this Act:

(a) the land comprising the Adelaide Park Lands should, as far as is reasonably appropriate, correspond to the general intentions of Colonel William Light in establishing the first Plan of Adelaide in 1837;

(c) the Adelaide Park Lands reflect and support a diverse range of environmental, cultural, recreational and social values and activities that should be protected and enhanced;

(d) the Adelaide Park Lands provide a defining feature to the City of Adelaide and contribute to the economic and social well-being of the City in a manner that should be recognised and enhanced;

(f) the State Government, State agencies and authorities, and the Adelaide City Council, should actively seek to co-operate and collaborate with each other in order to protect and enhance the Adelaide Park Lands;

(g) the interests of the South Australian community in ensuring the preservation of the Adelaide Park Lands are to be recognised, and activities that may affect the Park Lands should be consistent with maintaining or enhancing the environmental, cultural, recreational and social heritage status of the Park Lands for the benefit of the State.