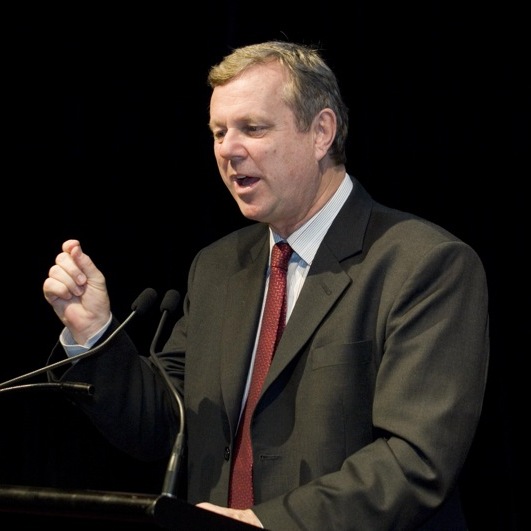 Greg Mackie is an outstanding leader who, for decades, has been driven by a commitment to serve the people of Adelaide and South Australia.

Greg is a person of the highest integrity. In a range of different roles, I have always found him to be honest, inclusive, and a highly intelligent and strategic thinker. His career in small business, as well as a cultural administrator, and in a range of roles in local and state government, has demonstrated that he is a wise and innovative leader who actually gets things done.

Throughout his career Greg Mackie has demonstrated a passion for Adelaide and its future. He has always fought to protect and enhance what is unique about Adelaide and what makes it one of the most liveable cities in the world. Greg wants a dynamic, sustainable and inclusive city that is a destination as well as beloved home town. In achieving this vision, he would never do the bidding of vested interests. He would stand up to the white shoe brigade who would, if it suited their interests, wreck what’s best about Adelaide.

It was one of the great privileges of my time as Premier and Minister of the Arts to work closely with Greg Mackie. During this period, he was Executive Director of Arts SA and then Deputy Chief Executive of the Department of Premier and Cabinet. He was outstanding in both roles. I saw first-hand how his leadership style inspired loyalty and enthusiasm.

Greg and I worked together on so many projects and programmes: the Festival of Ideas, the Adelaide Film Festival, OzAsia, the magnificent Adelaide Film Studios and making Adelaide’s “Mad March” annual rather than being held every two years. I do not know anyone better in putting together partnerships for cultural and community development.

Greg also played a critical role in the Adelaide Thinkers in Residence programme to ensure its recommendations got off the ground; projects such as The Australian Centre for Social Innovation, the Science Exchange of the Royal Institution of Australia, the Science Media Centre and the Integrated Design Commission.

All through his varied career Greg Mackie has been one the best examples of active citizenship, with a fundamental commitment to local democracy. He believes that local government should be much more responsive to and interactive with the people it serves.

Greg also understands the power of bipartisanship in achieving the best outcomes. He has demonstrated that throughout his career and has earned the respect of people across the political spectrum. To remain vibrant, communities need people like Greg Mackie who believe in enduring values such as decency and civility in public life while embracing new ideas that work.

It is my great pleasure to endorse Greg Mackie.